Next Gen Foods Launches TiNDLE in the United Kingdom 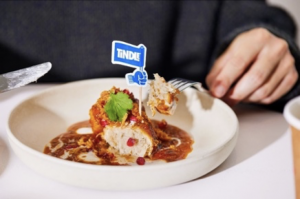 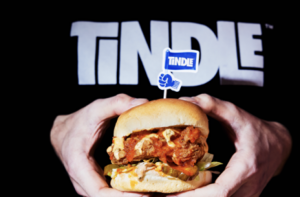 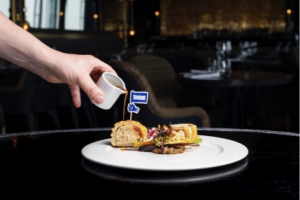 LONDON, ENGLAND (20 April 2022) – Beginning in April, Next Gen Foods is rolling out its flagship product, TiNDLE, in restaurants across the United Kingdom. TiNDLE will debut in over 50 sites, partnering with 10 of London’s most iconic eateries and restaurant groups: BrewDog, City Spice, Get Plucked, Let’s Do Maki, Neyba, Other Side Fried, Paternoster Chop House, Refuel Your Soul, sketch London, Unity Diner, plus additional cities throughout the UK later this month.

TiNDLE is the first chicken made from plants that was created specifically by chefs and for chefs — a versatile, easy-to-work-with product that has caught the eye of culinary professionals internationally, due to its unique similarities in taste, texture and aroma to chicken from birds. It can take centre stage in any dish, from satay to schnitzel, as well as favourites like fried chicken or chicken cordon bleu.

The popular plant-based chicken has seen rapid success across several culinary epicentres – including the United States, Singapore, Hong Kong, Amsterdam and Dubai – now available in nearly 500 restaurants around the world. From today onwards, Brits can taste TiNDLE in a range of delicious preparations at over 50 select eateries, including:

“Since the very start, we have known that bringing TiNDLE to London would be a critical milestone for the company. It is not only one of the world’s premier food destinations, but also a global hot spot for innovation,” says Andre Menezes, CEO and Co-Founder of Next Gen Foods. “We are thrilled to be working alongside some fantastic restaurant partners and chefs in the UK, who are helping us achieve our goal of bringing delicious – but also sustainable – options to diners.”

Ben Hedley, co-founder of new concept dining and food-delivery site Neyba, said, “TiNDLE has been a mind-blowing experience for our chef team at Neyba. It is not just the texture but also the fibres within the protein and how quickly it absorbs various marinades, seasonings and sauces. TiNDLE is incredibly versatile and has added a whole new dimension to our plant-based offering. We are thrilled to be one of the first restaurant partners for TiNDLE in the UK.”

To celebrate its debut, TiNDLE will be hosting a three-day pop-up shop in Soho, in partnership with Sides, a food brand from YouTube collective The Sidemen, from 27th April through 29th April. Londoners will have the chance to sample complimentary TiNDLE sliders – a favourite recipe by the Sides team – topped with a plant-based garlic mayo, crisp lettuce, tomatoes and pickles, and paired with one of the famous seven Sides sauces. The Sidemen joined forces as a group in 2013, since then they’ve dominated the internet, creating an international audience of over 85 million YouTube subscribers to their channels with a combined following of over 36 million on Instagram.

TiNDLE’s London debut follows the startup’s recent Series A announcement, supported by global investors such as UK-based MPL Ventures, as well as Alpha JWC, EDBI, GGV Capital and Temasek’s Asia Sustainable Foods Platform. The company plans to continue its mission to create a more sustainable food system by expanding into new markets this year, including Germany this Spring and additional locations throughout Europe.

To learn where to currently find TiNDLE in the UK, visit tindle.com/uk-launch or follow on Instagram: @tindlefoods.

TiNDLE is a versatile, easy-to-work-with, plant-based chicken that has caught the eye of all-star chefs and culinary professionals due to its unique versatility and similarities in taste and texture to chicken from birds. It features the distinctive flavour of chicken, thanks to Lipi™ – the company’s proprietary emulsion of plant-based ingredients that mirror the aroma, cookability and savoury qualities that typically comes from chicken fat.

Convenient to use and perfect across a range of global cuisines – from Italian meatballs and chicken parmesan to dumplings and katsu, as well as cordon bleu or kebabs – it has gained the attention of all-star chefs across the world including James Beard Award winner and The New York Times best-selling author Rocco DiSpirito and Emmy- and James Beard Award winning personality Andrew Zimmern – who have recently joined the company as business and culinary advisors.

TiNDLE is made of only nine simple ingredients, all of which are ubiquitous and well known to international regulators and food manufacturers. In addition, it is high in protein and fibre and contains no antibiotics, hormones, cholesterol, or genetically modified ingredients.

Next Gen Foods was founded in 2020 by Brazilian-born poultry exporter and food industry veteran Andre Menezes, and German native Timo Recker, whose family business made schnitzel and other meat products for three generations. After meeting through an introduction by Rohit Bhattacharya, who is now the startup’s Chief Financial Officer, they decided to work on products that reduce humanity’s reliance on animal agriculture.

The early leadership team – including Chief Operating Officer Alex Ward and Chief Marketing Officer Jean Madden – worked closely with Chief Technology Officer and the brainchild behind TiNDLE, John Seegers, to develop a flagship product through extensive research into what makes chicken taste and perform like chicken. They named their first product TiNDLE as a modern reference to 19th-century Irish physicist John Tyndall, who proved the connection between atmospheric CO2 and the greenhouse effect.

Interested chefs and operators looking to add TiNDLE to their menu can contact europepartners@tindle.com  for details and samples.

TiNDLE is a juicy, plant-based chicken that offers mouthwatering taste, texture, and versatility – and uses a fraction of the land, water and energy needed to produce meat from birds. Made with only nine simple ingredients, TiNDLE is the first product by Next Gen Foods, a Singapore-founded food tech company that is developing and commercialising innovative and sustainable foods. Available in restaurants globally, TiNDLE is the first chicken made from plants designed by chefs and for chefs and is a winner of the National Restaurant Association’s 2022 Food and Beverage Innovation (FABI) Awards. For more information, visit www.tindle.com or follow @tindlefoods on Instagram and @tindle.foods on TikTok.

About Next Gen Foods

Founded in 2020, Next Gen Foods is a food-tech startup developing and commercialising innovative and sustainable plant-based food products — including its flagship product, TiNDLE. Next Gen Foods is backed by a team with proven experience in plant-based food technology, global brand development, and global distribution scaleup. For more information, visit nextgenfoods.sg.